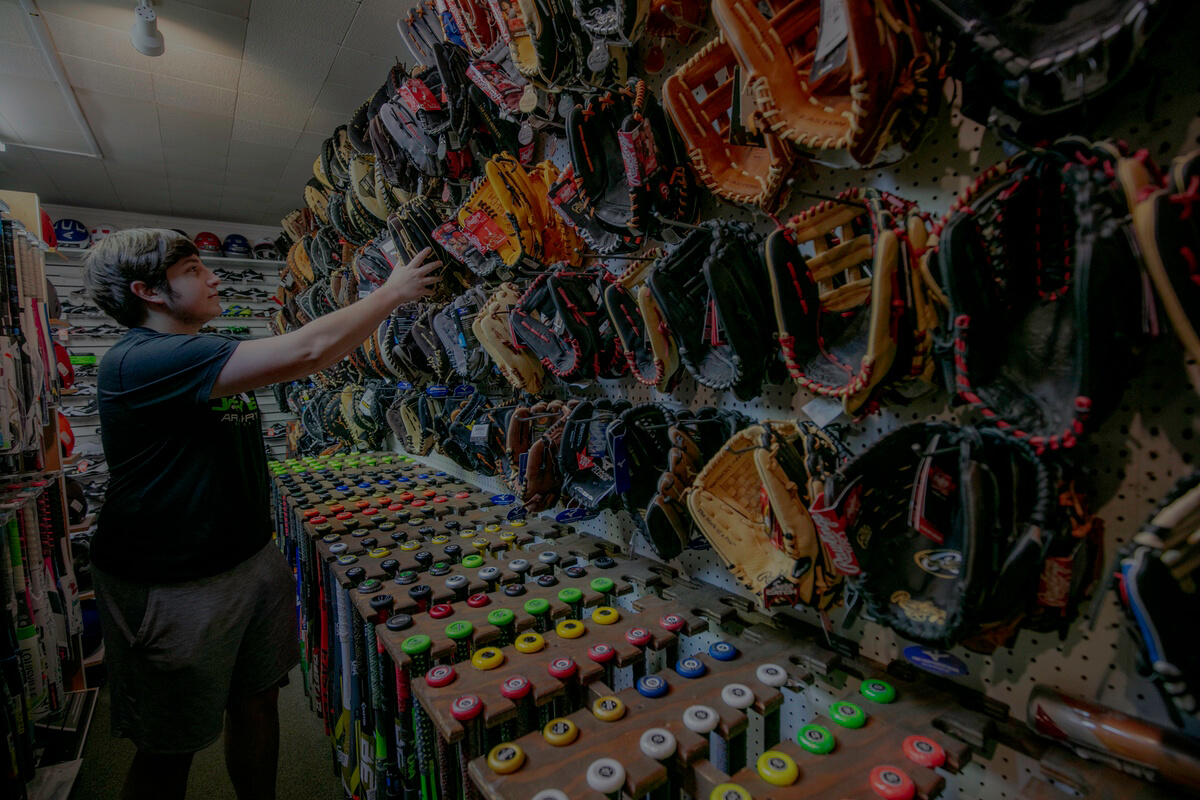 Come Experience For Yourself

Our community takes pride in its local history.

Middletown, Maryland originated in 1767, boasting history older than our nation’s founding. Andrew Jackson, the nation’s seventh president, described the valley as “one of the most favored and delightful spots on earth.”

Located along Maryland’s Historic National Road, our main street made its mark as a bustling commercial center in the 19th century. Middletown’s main street felt the effects of the Revolutionary and Civil Wars firsthand, as churches and homes were transformed into headquarters and hospitals.

Our history helps tell our nation’s history and shaped our region’s personality. Though growth continues to be a part of our story, we retain our historic charm in the present day.

Explore Middletown at your own pace whether you walk, bike, or drive and soak up over 250-years of architectural history following along with this interactive GIS Story Map.  We have 6 separate walking tours that cover the different periods of development and different neighborhoods all packed into our small town.  Printed brochures can be picked up at Town Hall, the Main Street office, or at the Frederick County Tourism Center. 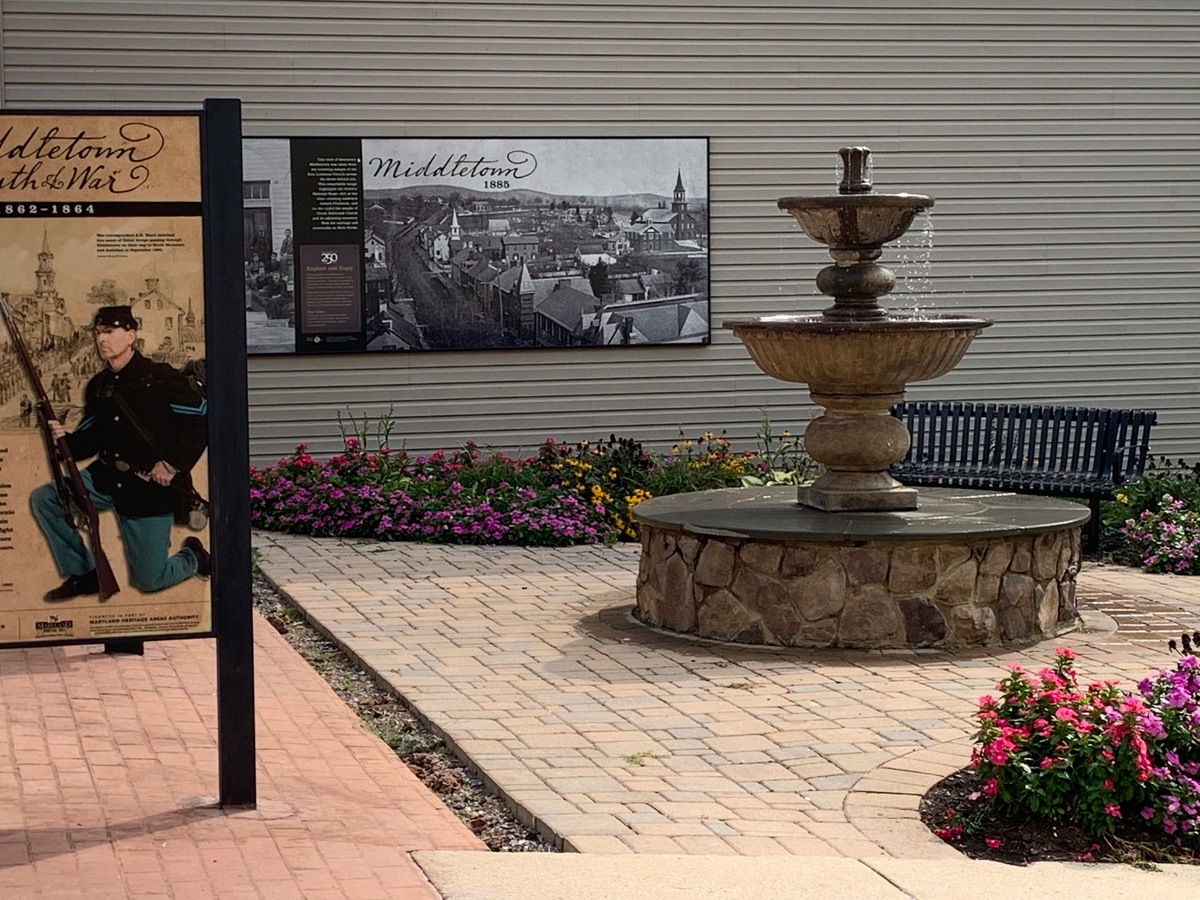 Located across from Town Hall at 31 West Main Street is the Town’s Heritage Park. It is a place to gather, sit, relax in front of our historically inspired fountain, and learn about our history.

The Journey Through Hallowed Ground

The Journey Through Hallowed Ground stretches along US 15 from Gettysburg, Pennsylvania to Charlottesville, Virginia. A nationally recognized area, this designated region is home to prominent historical events and spaces. Middletown is part of this journey, inviting residents and visitors to explore our piece of pivotal ground.

170 miles of scenic byway run right through the heart of Middletown, Maryland. Our magical main street is a proud part of America’s roadway, the first federally funded highway in the United States.

For the History Buff

The Middletown Valley Historical Society interprets the early history of the Valley in the Old Stone House at 305 West Main Street, Middletown, MD 21769. Year-round events, lectures and tours are dedicated to the valley’s special place in America’s past.

The World War II Memorial was erected and dedicated in 1947 to honor all local war veterans who served in that war. Newly created monuments in 2013 listing the wars: Korea, Vietnam, Operation Desert Storm/Desert Shield, Operation Iraqi Freedom, Operation Enduring Freedom, as well as, the names of those who served in each, have been installed on the site near the existing WWII Memorial. The Memorial grounds have been updated to reflect the pride and reverence we have for our local veterans.

Preserving the past, this national historic place tells the story of Maryland’s first Civil War battle as Lee’s army entered its Maryland campaign and mounted resistance against an ultimately victorious Union Army.

This nearby National Battlefield commemorates the bloodiest one-day battle in American history. The ultimate regional stop for history lovers, Antietam’s legacy lives on as more than just lives lost. This battle directly led to President Abraham Lincoln’s issuance of the preliminary Emancipation Proclamation, transforming the fight into a battle for human freedom.

Open for special occasions or by appointment, this museum, while it may look small, tells the history of William Moran, Jr, who has left the legacy of being known as the most famous bladesmith of the 20th century.

Sitting atop South Mountain between Middletown and Boonsboro, this historic chapel full of local history, is now making its mark on modern life. Constructed by the influential Dahlgren family in the 1880s, the chapel is open for weddings and private services.

Fox’s Gap is a beautiful hallowed valley that commemorates where General Reno was killed during the Civil War. Reno’s soldiers commemorated his death by erecting the monument in 1889.

When the Confederate Army threatened to capture Washington D.C. during the Civil War, Union troops engaged the Confederates along the Monocacy River banks. Not far from Middletown, the Monocacy Battlefield is just another important historical landmark our region offers.

For the Love of the Outdoors

We have walking trails all over town that offer scenic views, sparkling creeks, and trails with ID’d tree tags to spark the conservationist in us all.

This spacious County park has wide walking trails, a beautiful lake, and one of the best places to picnic!

We love our four legged friends, but there is more to do here than play catch!  Walk along the serene Wiles Branch Stream for a quick restorative walk.

If you have a child who plays Lacrosse or Baseball, chances are you have visited this beautiful park.

Middletown residents are fortunate to have access to the Appalachian Trail just outside of town. The southern part of the trail leads to Reno monument and the northern path leads its visitors to Annapolis Rocks in Myersville, Maryland. No matter which way you choose, fabulous views are in your future.

Come visit the first completed monument dedicated to the memory of George Washington. After hearing the news of Washington’s death, Boonsboro’s citizens constructed the 30-foot high memorial that was completed in 1827.

Truly a playground for all, Richland is a place for golfers and their families. A favorite for those who want to take on the toughest shots, this beautiful club is also host to a local family-friendly hideaway, Valley Grill Sports Bar.

Designed by world-renowned architect Arthur Hills and seated in the spectacular surroundings of the Middletown Valley area, this 18 hole, par 71- course offers a world-class golfing experience for players at every level.

Plan a picnic or plan your escape. Over 16 miles of hiking, biking and horseback riding trails await any adventurer looking for a day in the mountains at Gambrill State Park.

Places to Tempt Your Senses

This meadery and winery boasts an international clientele but exhibits the local charm you’d only find in the Middletown Valley. Products crafted right from our fertile valley, Orchid Cellar, a leader in boutique alcoholic beverages, adds distinct appeal to our valley.

Visit these apple-picking neighbors. This family owned and operated 95-acre farm specializes in providing the region with award-winning fresh apple cider and hard apple cider beverages.  Offering self-guided tours, group tours and tastings is regular business for DLC. Guests are welcome to partake in cider making classes in the spring and summer.

Award winning vintages are close by and ready for sampling.

Sometimes a name says it all.  Come fall, kids of all ages can find jumbo-sized fun picking out a pumpkin, catching a seat on a hayride, paling around with ponies and partaking in the Jumbo’s petting zoo.

Truly a one-of-a-kind experience right in Middletown, guests come to the South Mountain Creamery to meet the men, women and animals that provide delicious dairy products to loyal customers all over the region.

Winding paths overflowing with foliage greet guests at this center for award-winning horticulture. Explore the greenhouses and take something home or simply breathe in the botanical beauty of this unique destination.

Tap into creativity in our backyard. Bill van Gilder’s Maryland Gallery is host to a collection of artists’ work including everything from photographic art to woodwork. Ceramic enthusiasts can learn from one of the best, as Bill van Gilder has lead workshops nationally and internationally pertaining to pottery forming, decorating, and firing techniques, as well as kiln building. Guests are welcome to visit and tour the art space when it’s open each weekend or during any of its special events.

MEET US ON MAIN STREET

MIDDLETOWN IN
THE CIVIL WAR

Middletown was swept along with the rest of Maryland in the upheaval of the Civil War; not only was Middletown held for ransom days before the Battle of Monocacy, wounded soldiers from both sides of the conflict were cared for in the homes and make-shift hospitals in the aftermath of the Battles of South Mountain and Antietam. Future president, Rutherford B. Hayes was injured in the Battle of South Mountain and cared for in a private home in Middletown.

Summer 1864: Over three years of Civil War have taken their toll on the Middletown Valley. Like much of Maryland, the small farming community of Middletown was divided in its loyalty. The town witnessed first-hand the blood of battles, the sorrows of lost family and neighbors. Soldiers have taken food, livestock, supplies, and fences. Confederate General Jubal Early is marching nearly 15,000 troops up the Shenandoah Valley, intent on capturing Washington, DC and toppling the US government. Middletown’s citizens hear the cannons, and refugees from Hagerstown tell tales of Confederate demands.

July 7-8, 1864: On July 7, Major Gilmor’s advance unit occupies Middletown and demands a loaf of bread and a piece of meat from each household. General Ransom’s artillery and cavalry follow on July 8 and demand 8,000 rations to be supplied within two hours for the main part of the army, encamped in the area by evening. There is widespread looting, and the cavalry scours the valley for horses, food, and clothing. General Early demands a ransom of $5,000 to spare the town from burning. Burgess William Irving and town citizens lead a door-to-door collection and negotiates an initial payment of $1500 – the town was spared and the troops moved on towards Frederick before demanding the remainder. Early’s troops were defeated in the Battle of Monocacy, coined “the battle that saved Washington.”